New Year in Murmansk 2022 under The Northern Lights

New Year’s tour to Murmansk from January 2 to 5, 2022 with the opportunity to get acquainted with the indigenous inhabitants of the North, feed the reindeer, make a trip to the Arctic Ocean, see the snowy peaks of the Khibiny Mountains, and also, if you wish, to hunt for the Northern Lights! Tours take place in the most beautiful places of the Kola Peninsula, which we have specially selected for you! The main culprit of the celebration is the upcoming 2022, meeting which in the North, you will receive a sea of ​​positive unforgettable emotions! Unlike the short snow of the Moscow Region and the Leningrad Region, there is plenty of it here, so you won’t be bored! All winter activities in this New Year’s tour in Murmansk 2022 are to your service!

There are discounts for groups!

Arrival of the group members, self check-in at the hotels Park INN or Azimut, or if you wish, you can choose another hotel. It is most optimal to arrive in Murmansk from Moscow and St. Petersburg by plane with a departure on the morning of January 2. Unfortunately, the train takes too long and you will have to leave for the New Year. However, it is quite possible to return to Moscow or St. Petersburg after the tour by train, if you are not in a hurry!

Murmansk is the largest city in the world, located beyond the Arctic Circle. It is called the capital of the Russian Arctic. From here began the great expeditions to develop the most northern continent of our planet.
You can independently visit the monument to Alyosha – “Defenders of the Arctic” – this 35-meter-high monument is a symbol of Murmansk and the second highest monument in Russia after the monument Motherland. There is also an ancient rocky ledge “Lamb forehead”, whose age is more than 2.5 billion years. Memorial complex to sailors who died in peacetime. In the center is the Lighthouse, next to which there is a ship’s anchor with a capsule filled with seawater underneath it, next to the cabin of the legendary nuclear submarine Kursk and the Church of the Savior on the Waters
Also in Murmansk there are monuments “To those who know how to wait”, “The singing stella”, “Cod”, “Sea wolf”, “Cat Semyon”.
You can visit the largest ice-free seaport beyond the Arctic Circle. Here, the world’s first atomic icebreaker “Lenin”, which was filming the film “Icebreaker”, began to eternally park. Excursions are carried out at 12, 14 and 16 hours from Wednesday to Sunday (Monday-Tuesday the museum is closed). From the berths you can admire the port, the bay, passing ships and take interesting photos.

After 18:00 – free time or departure for an excursion “Hunting for the Northern Lights”, under favorable weather conditions.

Excursion on the coast of the Arctic Ocean (Teriberka village)

A trip to the legendary northern village, located on the very edge of the earth, in recent years has become a place of pilgrimage for tourists from around the world.

09:00 – 11:00 – Journey to Teriberka begins from Murmansk and passes along the Arctic tundra – a vast area in the north of Russia, Canada and Greenland, where there is completely no vegetation in the form of trees. Along the way, we will see the Poklonnaya Cross, Sejd – a stone of mysterious origin, in which, according to Sami beliefs, the spirit of the deceased shaman and landscapes resembling the Norwegian fjords live.

Tour of the village of Teriberka. The place became known thanks to the filming of the picture “Leviathan”, which was nominated for an Oscar in 2014. Abandoned fishing huts and life of local residents.

We will make a stop at the cemetery of old abandoned ships scuttled in a small bay, take a walk along the coast and visit the picturesque waterfall that flows into the Arctic Ocean. We will make magnificent selfies on a cliff of a steep cliff going into the deep sea.

Free time or departure for the excursion “Hunting for the Northern Lights”, under favorable weather conditions

A trip to the Khibiny mountains. Snow games and fun.

Excursion to the largest and most beautiful mountain massif of the Kola Peninsula, which is more than 350 million years old

09: 00-12: 00-on the way we pass the city of Apatity, near which there is a plant for processing of minerals, sending raw materials to Russia and many countries of the world. Also, we will visit the city of Kirovsk, where famous Soviet and Russian films were filmed and where a popular ski resort is located.

“Snow village” is a unique complex, which is made of ice and snow by human hands. Sculptors create a real fairy tale with their own hands. This complex was recognized as the largest in Russia and entered the Russian book of records.

20.00 – free time or departure for the excursion “Hunting for The Northern Lights”, under favorable weather conditions.

Additional costs (optional):
Snowmobiling (from 15 minutes from 500 R), in the order of “live” queue

In addition, you can book a tour: "Hunting for The Northern lights"

The duration of the Aurora Borealis Hunt is 4-8 hours.

Departure for the tour takes place one of the evenings of tourists in Murmansk, in the most favorable weather conditions.

Excursion in Murmansk “In search of Northern Lights” 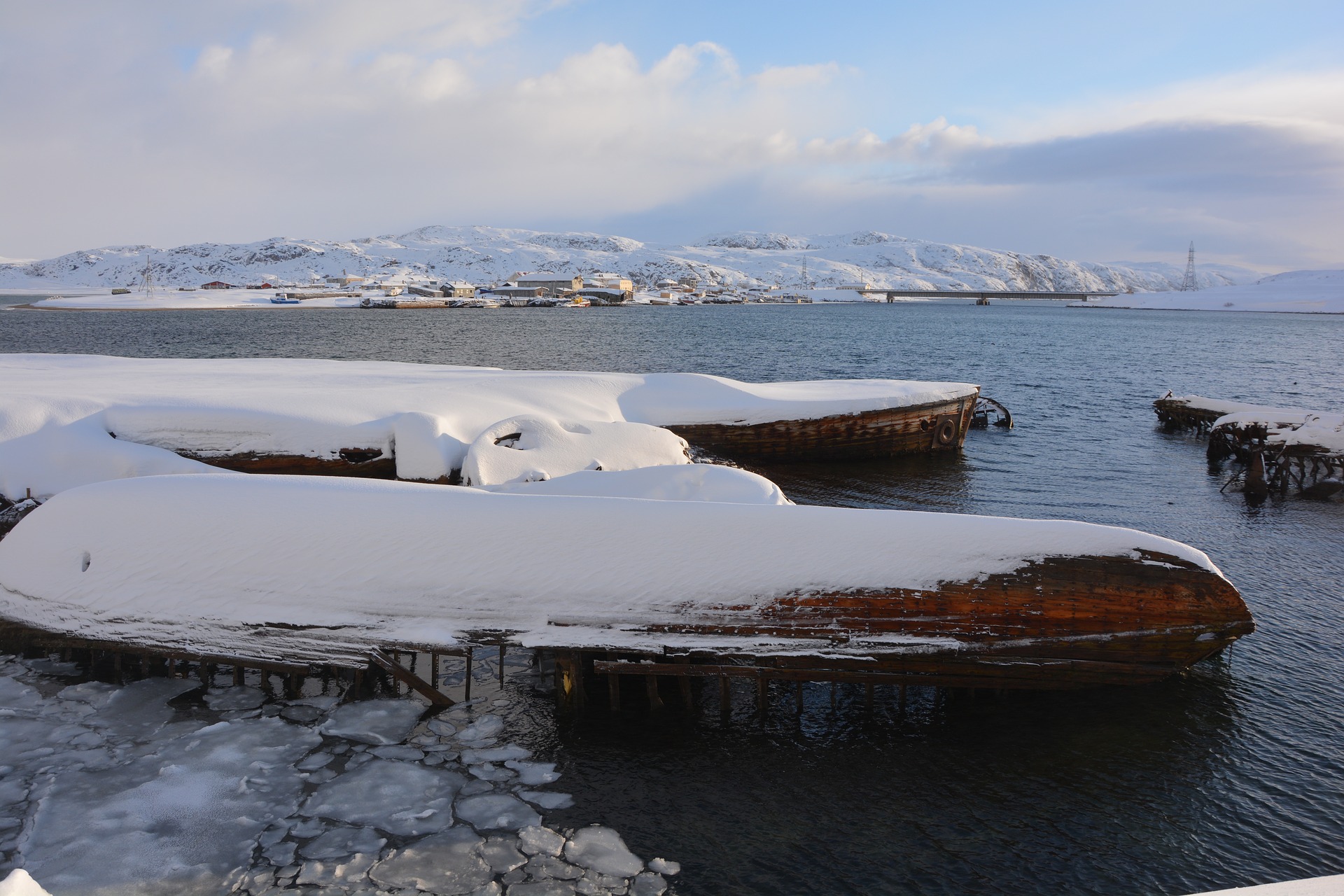 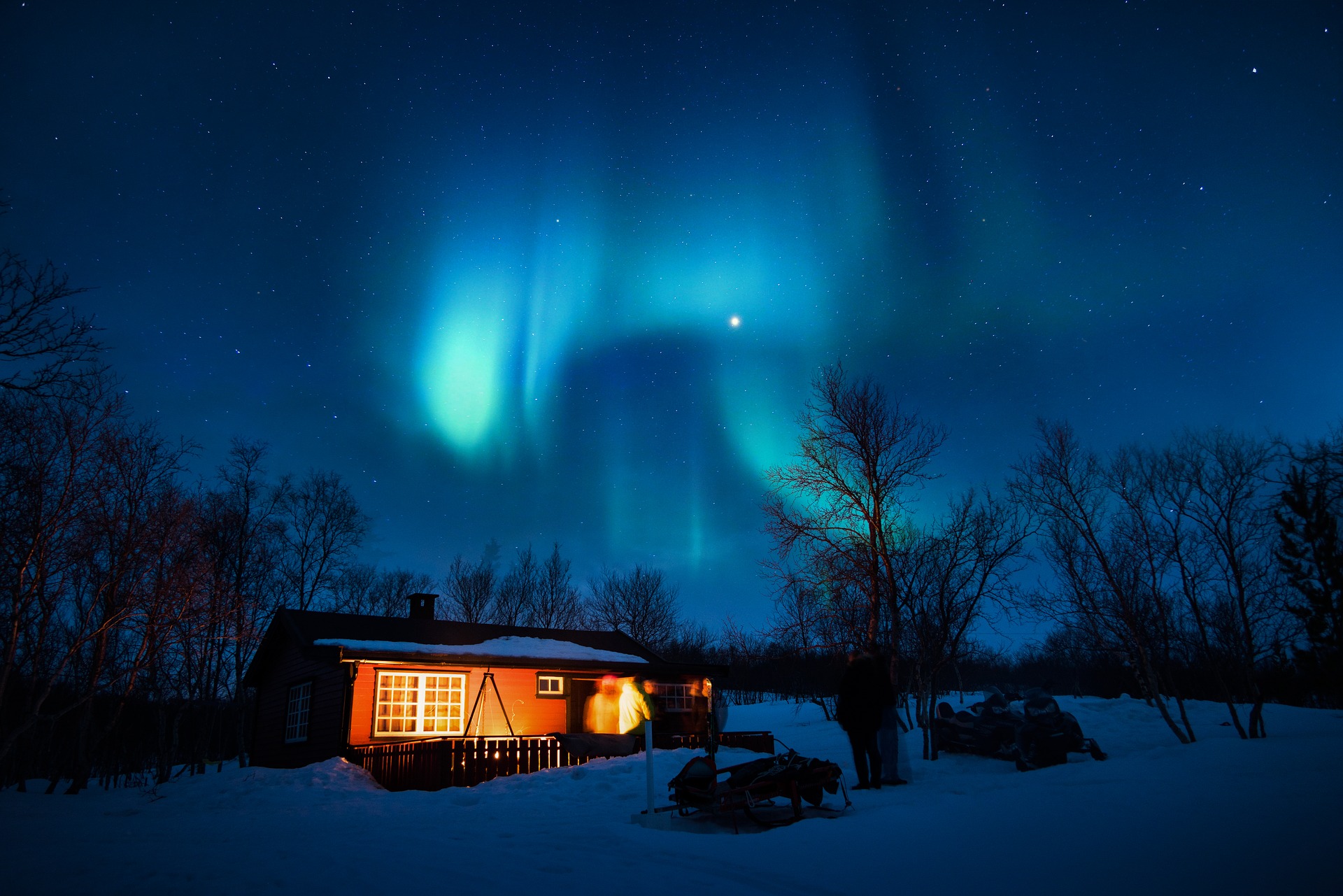 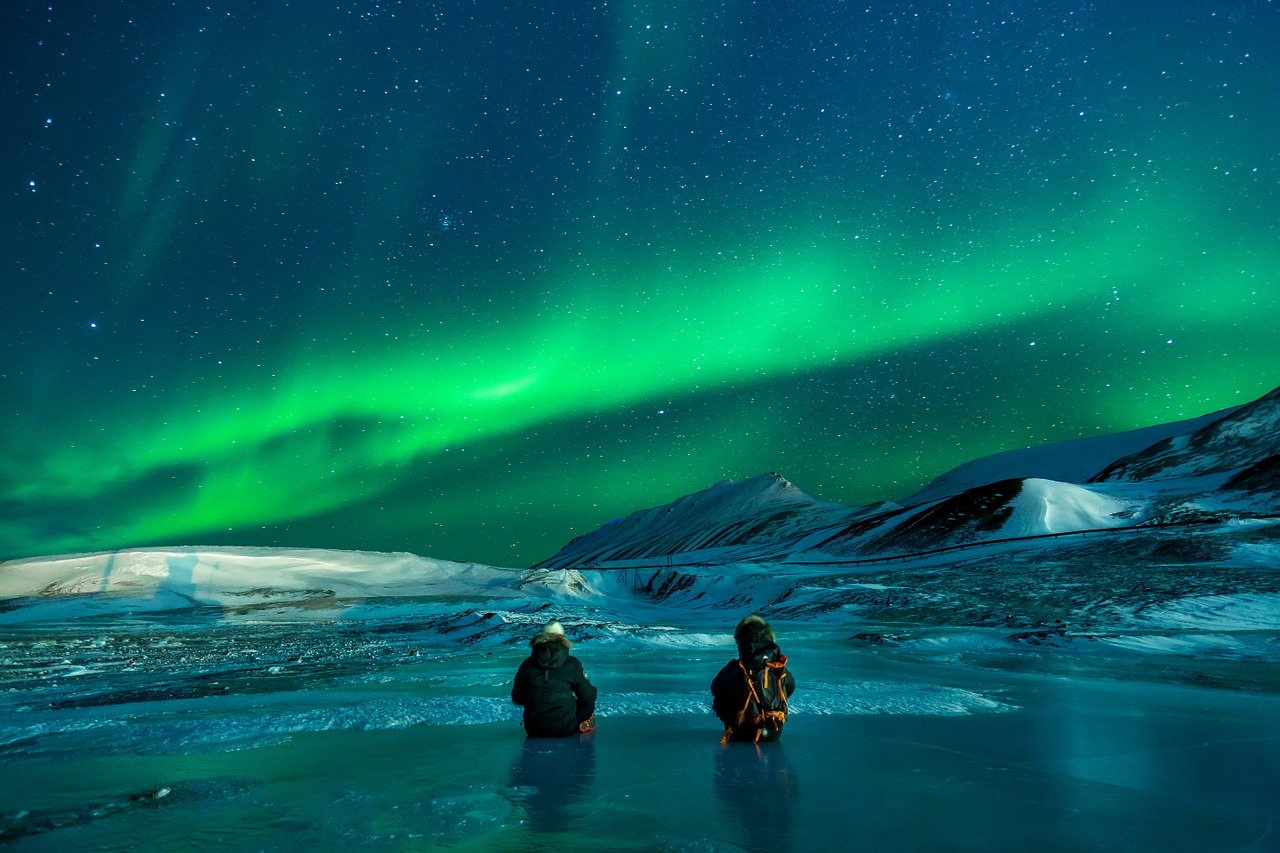 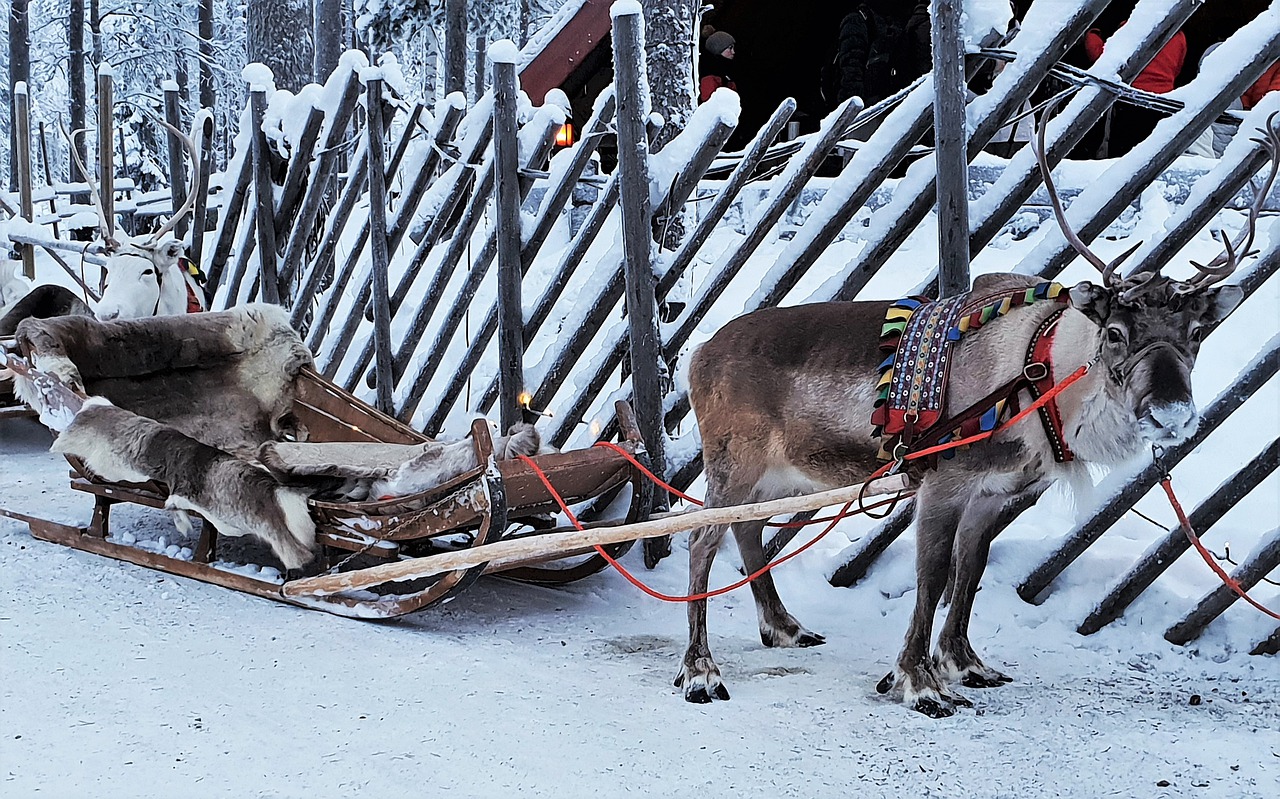 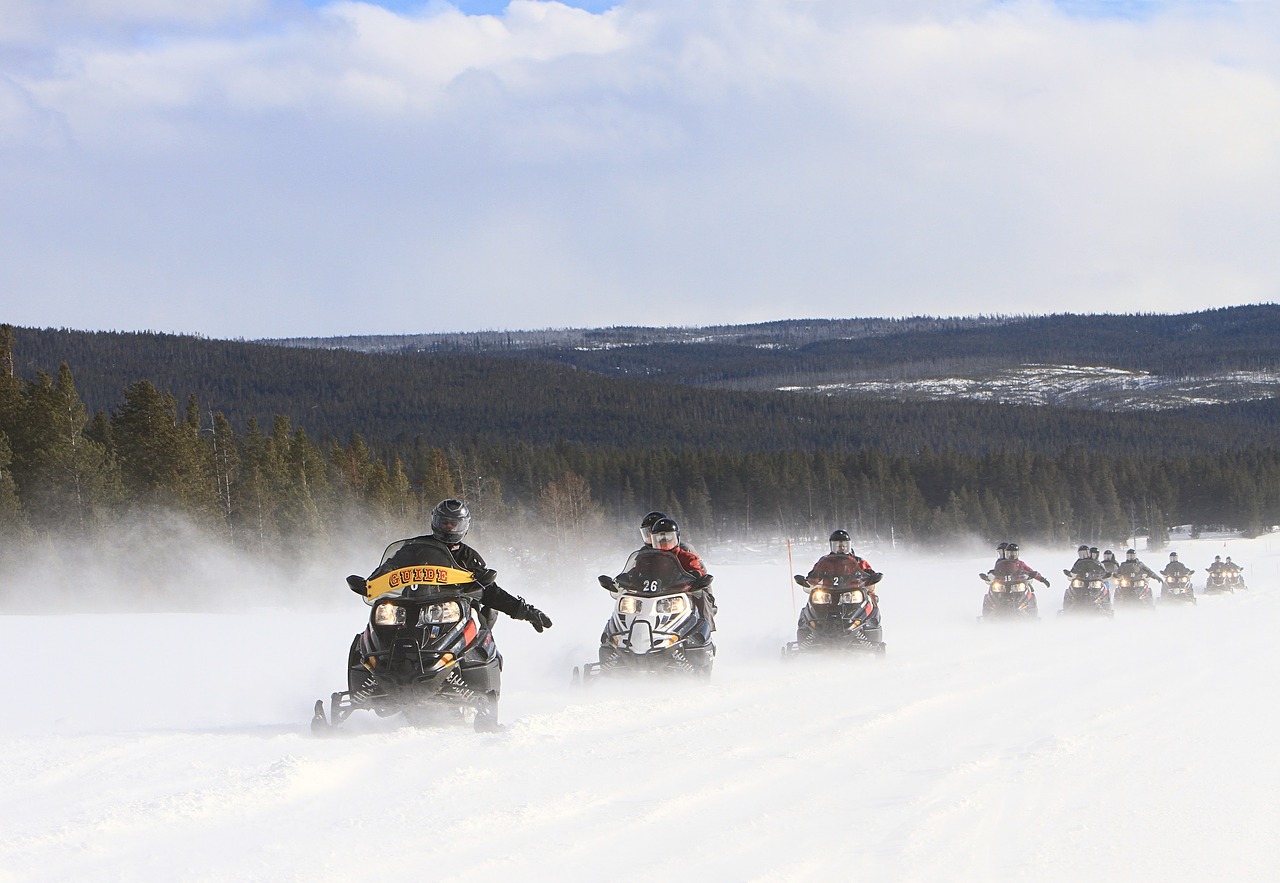