Dates:
Daily at any time of the year upon request
Book

Historical Park “Bastion” consists of two museums. This is the reconstruction of the fortified settlement of the “Viking Age” on the banks of Ladoga. SVARTBJORNBORG – THE BLACK BEAR FORTRESS. Tours in this museum are not like the ones we are used to since school. In “Fortress of the Black Bear” is the real life of the early Middle Ages. Our guides are characters – inhabitants of the Fortress, each with their own history, whose task is to show the life of the era. The second museum is the military history museum named after Colonel A.L. Bondareva. Here you will get acquainted with the main events of the Soviet-Finnish armed conflicts of the 20th century. The museum displays a collection of uniforms and weapons of the two opposing armies. You can try on any military ammunition and hold a real weapon in your hands. And you will also learn about the life of a soldier, about the hardships of the war years. This place has become very popular in recent years. All guests of Sortavala usually drop in on an excursion to this unique complex. Often this excursion to Sortavala is combined with other attractions.

5000 – 25000 rubles. The cost depends on the options for the services provided, the number of tourists, the duration of the trip.

Excursion service
Transport service
Entrance fees according to the program

THE PRICE DOES NOT INCLUDE:

-10: 40 Start of the bus-walking tour “Sortavala – the capital of the Northern Ladoga area”. For those who have already settled in Sortavala and its surroundings, it is possible to organize a transfer from the hotels Cherny Kamni, Winter’s Dacha, Lamberg, Ladozhskaya Usadba

Sortavala is a small European town, by the will of fate, found itself in the lands of Russia. This is one of the most ancient cities in Karelia. It has the status of a historical city of all-Russian importance, has a distinctive architectural appearance and has many wonderful architectural objects. The city is often called the open-air museum of Finnish architecture.

The city has a landmark that has already been created today. This is a unique woodcarving museum of the People’s Artist of Russia Kronid Gogolev, attracting the attention of all visitors to the city without exception.
The artist Kronid Gogolev for the city of Sortavala is like the Old Arbat for Moscow. In the exhibition hall K.A. Gogolev presents paintings and samples of woodcarving, oil paintings, watercolors and drawings of the 1960-2000s. Visit to the showroom.

-14: 00 Departure to the historical park “Bastion”

The historical park “Bastion” is a cultural and educational center, the main tasks of which are the study and popularization of the history of Russia, the development and increase of the tourist attractiveness of Sortavala, the patriotic education of youth, the study of the historical heritage of this territory, the development of crafts, the development of experimental archeology, the popularization of family leisure , creation of discussion platforms and attraction and attraction of investments in the region. It should be noted that the project is the first and the most ambitious project of this kind not only in the territory of Karelia, but also in the entire Northwestern Federal District.

This is a large interactive platform that develops from year to year, filling up with new exhibits and buildings, where visitors directly immerse themselves in the era, turning from a spectator into a participant. Here you can touch everything, absolutely any object with your hands. Consider this or that thing from all sides and clearly imagine how people in the past could use this particular object. To understand what materials were in use, how they were obtained, and what was the difficult path of the extracted raw materials before it turned into a necessary item in everyday life. Any costumes, uniforms or armor can and should be tried on and, at least for a short period of time, feel like a brave warrior, artisan or merchant. And this feature of museums is extremely important as a method of organizing information, educational and cultural and educational work, which forms cognitive activity in both adults and children.

At the end of the excursion on the territory of the fortified settlement of the “Viking Age” on the banks of Ladoga, you can see:

fortress walls in the form of a palisade with corner and gate towers. Along the wall you can go around the entire territory of the museum, climb any tower, from where you can see a panoramic view of the entire museum and Ladoga skerries, since the museum is located on the very shore of the lake;
a scandinavian squad house under an earthen roof, which displays an exposition of the life, costumes and weapons of the Vikings;
an operating smithy – an exposition of blacksmith’s craft;
pier with replicas of wooden ships from the 8th – 11th centuries. All models are operational and during the navigation period everyone has the opportunity to sit at the oar of a real Viking drakkar;
a model of a sanctuary with carved wooden sculptures;
two playgrounds: a shooting range, with the opportunity to practice shooting from historical bows and crossbows, as well as to learn how to throw war spears and axes; and the lists – a prepared space for holding tournaments and amusing fights (with protected weapons);
the pearl of the museum is a long Scandinavian house – “Honey Hall” – the largest recreated Viking dwelling in Russia. The roof of the house is made in the form of an inverted drakkar. The “Honey Hall” houses one of the richest collections of household items, costumes and weapons in Russia.
-16: 30 Departure to the city of Sortavala, free time. 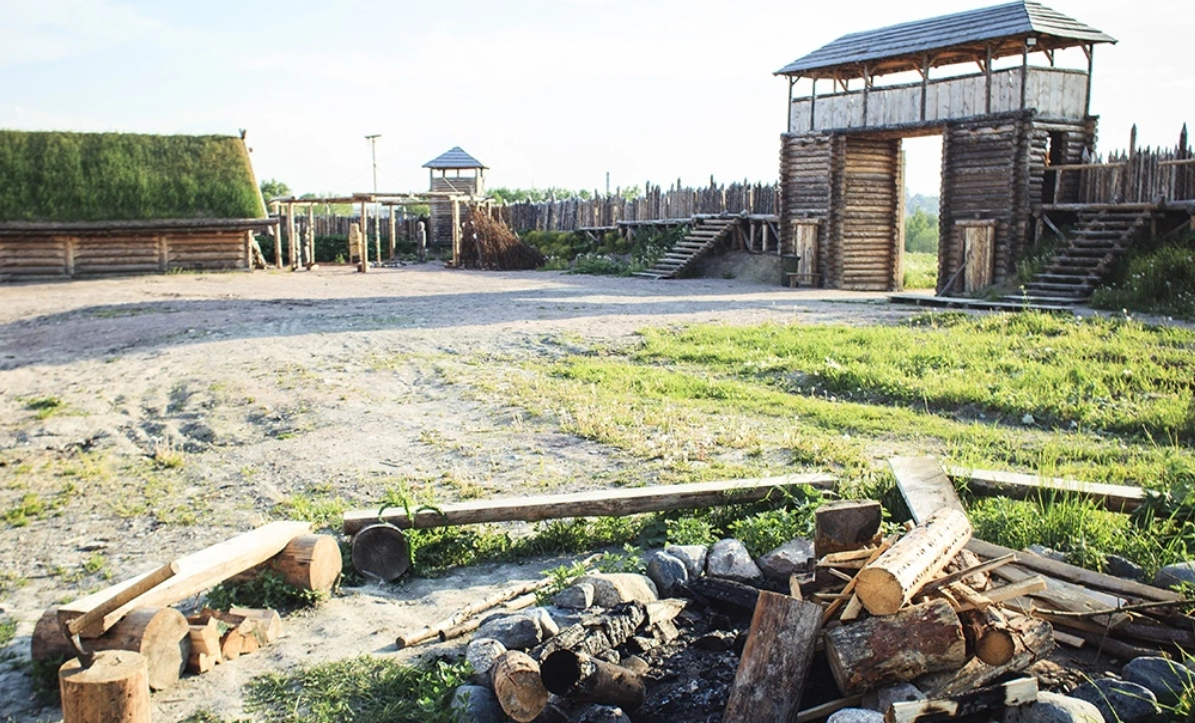 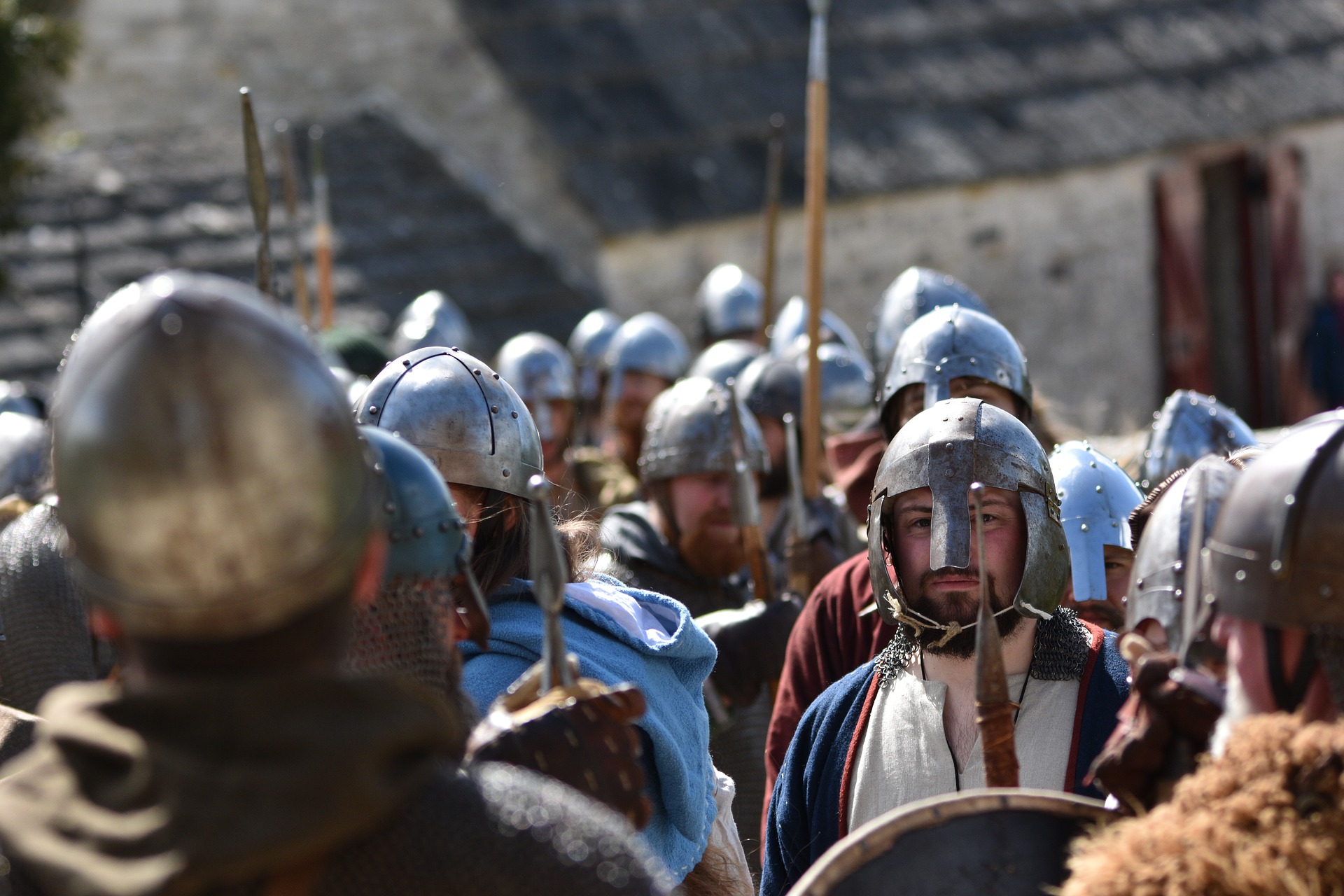 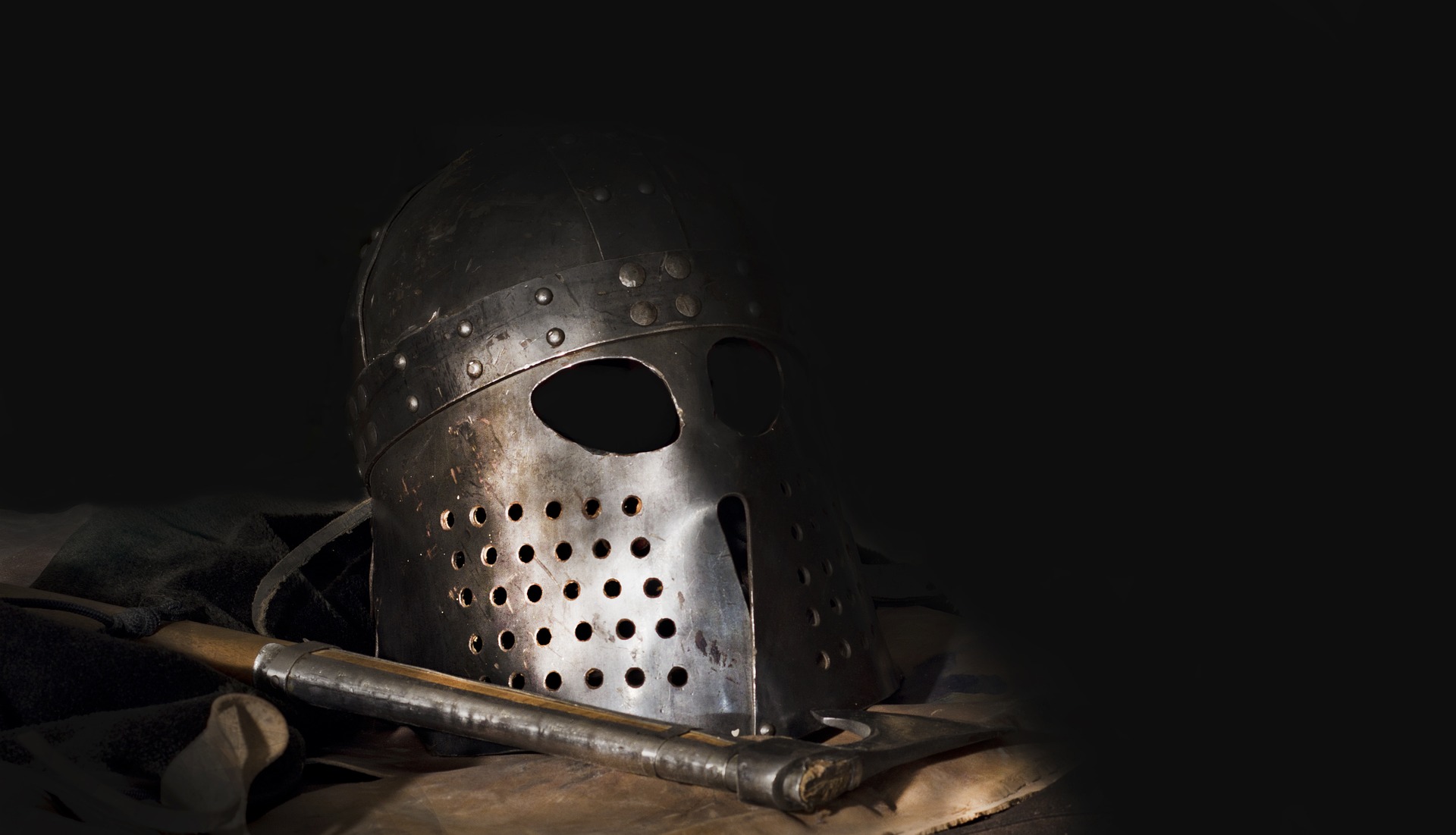 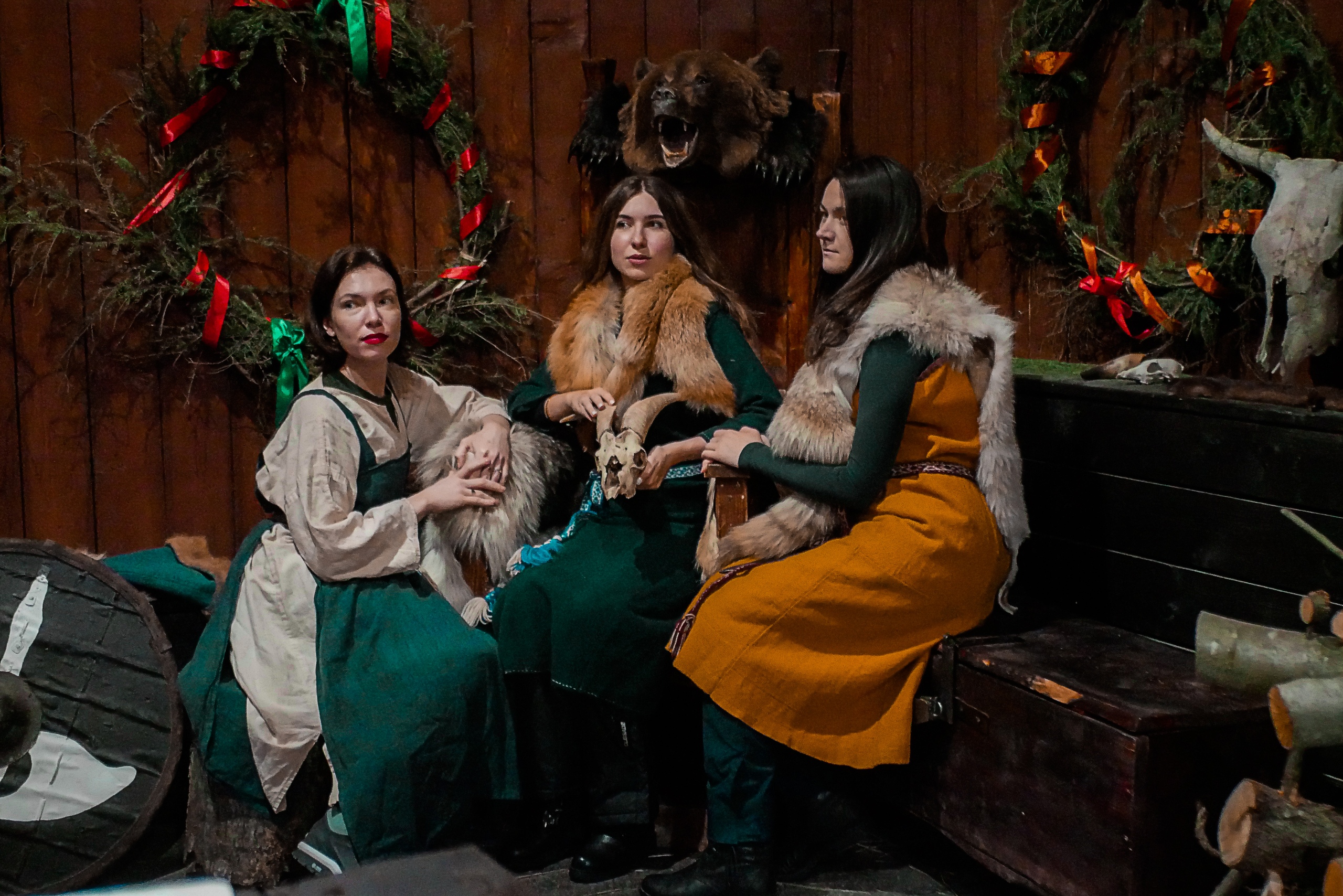 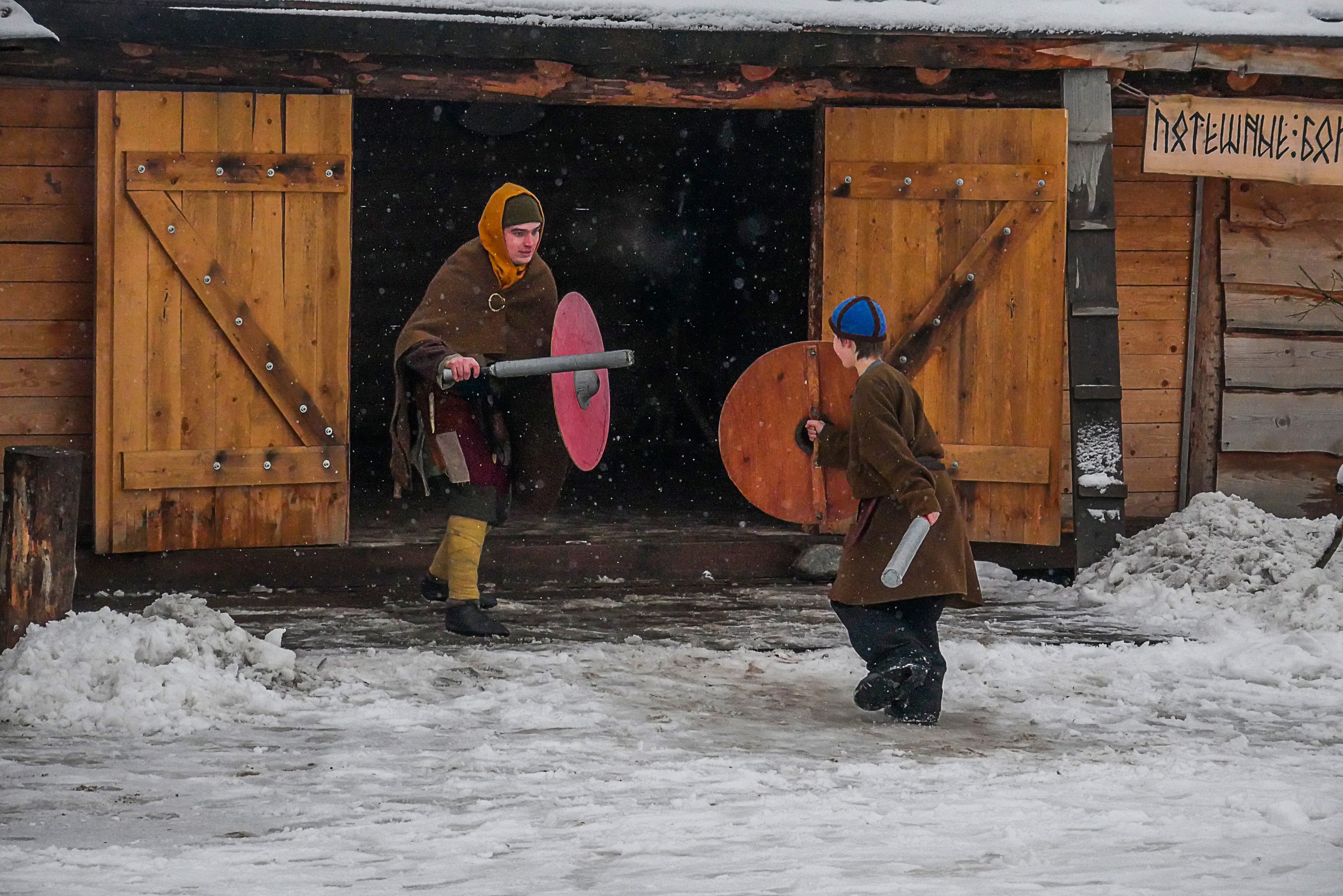 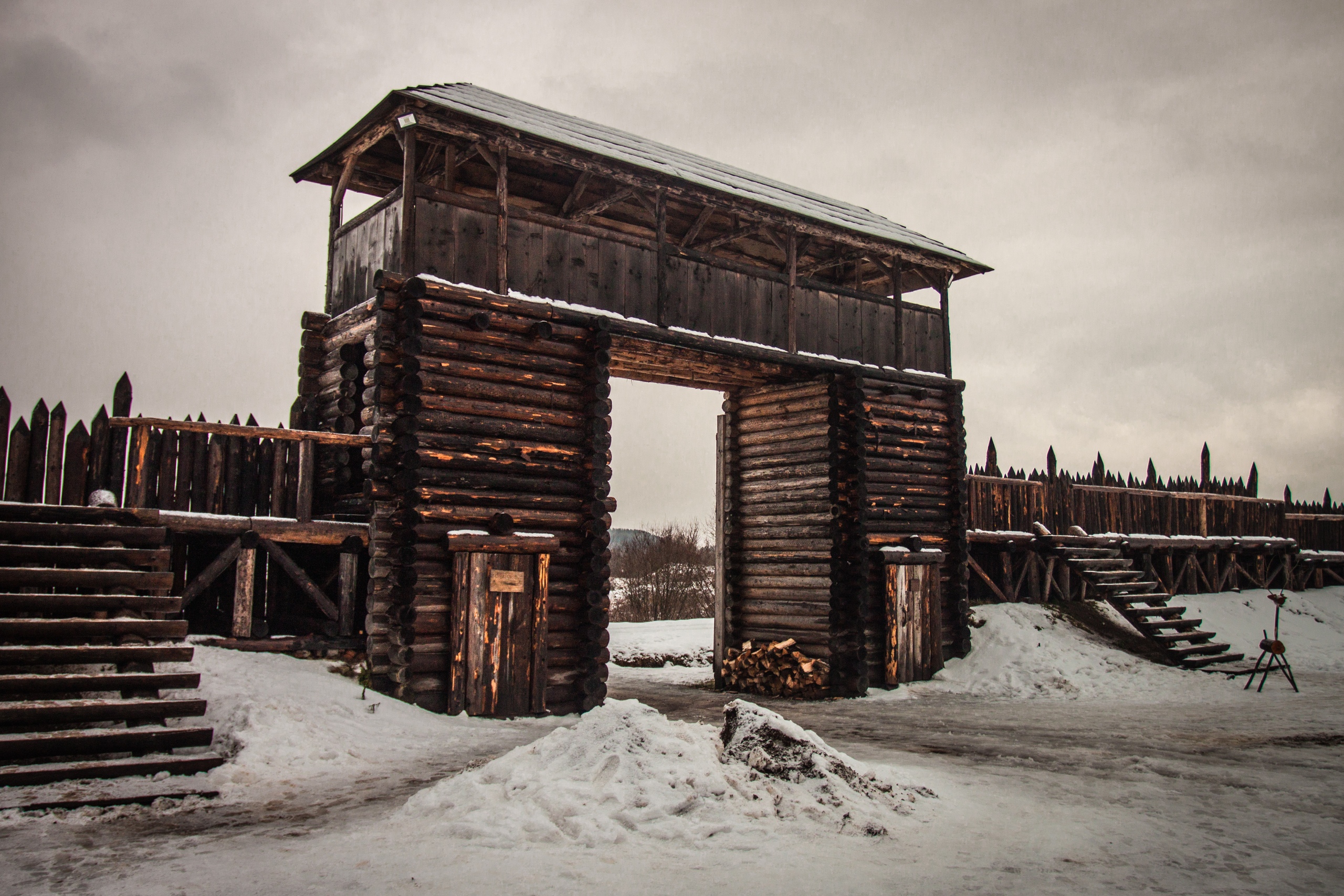