Dates:
On Mondays and Fridays. Other dates upon request
Book

This tour program to Solovki will give tourists the opportunity to immerse themselves in the life and culture of the island, get acquainted with most of the attractions, try the local cuisine, as well as enjoy the harsh Northern nature and its unforgettable scenery. In addition, this program is suitable for those who plan to make a trip to Anzer island, where the strict monasteries of the Solovetsky monastery are located.

INCLUDED IN THE PRICE

00:00 -01: 00 – Arrival in Kem trains from Moscow. There are several trains that arrive at a given time interval. The meeting takes place at the arrival of your train. A meeting of tourists at the main entrance to the railway station with a sign “Pier” between the station building and the first path. Boarding the bus. Transfer to Rabocheostrovsk (12 km). Here guests are accommodated in a hotel for one night. The hotel is small, but with all amenities. Here you can have a snack and relax before the next tour to Solovki.

06:15 – The rise. Room rental. Breakfast in the cafe of the tourist complex “Berth”. For breakfast, you should wait for porridge, pancakes, pancakes. In the sea, it is best to take drinking water with you, since you can’t get it on the boat.

07:30 – Boarding the ship. Usually, the ship “Vasily Kosyakov” sets off at this time. The motor ships are not new, but they have everything necessary for a two-hour passage along the White Sea.

08:00 – 10:00 – Crossing the White Sea to the Solovetsky Islands (2-2.5 hours). If the weather is excellent, we recommend being on the deck of the ship. From the side you can see white whales or white hares. So called local seals. Sometimes they swim very close to the ship. Approximately 15 minutes after leaving the port, the ship will pass through Kuzova Islands. There are organized excursions dedicated to the nature and archeology of the region. However, not everyone goes on an excursion, limiting themselves only to the contemplation of these amazing islands from the deck of the ship.

10:00 – Arrival on the Big Solovetsky Island. Meeting at the pier with an escort on a tour to Solovki from Moscow. The guide will meet you with the sign “Polar Aurora” near the ship or at the exit from the pier. Transfer to the hotel (Solovki Hotel, Solovetskaya Sloboda). By agreement with tourists, check-in can also be carried out at the Solo Nord hotel or at the club hotel Ostrovito Moryushko. These hotels are considered the best on Solovki in terms of quality of service. Tourists leave things at the hotel and immediately go on a sightseeing tour, as check-in to the rooms is carried out from 12.00 or from 14.00, in accordance with the established rules.

10:45 – Sightseeing tour of the Solovetsky monastery. The duration of this tour is about two and a half hours. Tourists are introduced to the history and architecture of the monastery, its military glory. At the serfdom, they talk about skirmishes and small battles, and also why it was generally required to build such a huge fortress in such sparsely populated places. In addition, part of the tour is dedicated to the monastery prison and, of course, to the Solovetsky special purpose camp, which was located on Solovki. This is the most informative and main tour during the tour to Solovki from Moscow. You will not just be led around the fortress wall, but as part of a group you will visit the fortress wall and a number of temples, which are not allowed without an excursion. This is a walking tour.

14:00 – Check in at the hotel. Lunch at the hotel on your own. There are other cafes and restaurants on the island. This is the refectory of the monastery, the Kayut Campania cafe, the Izba restaurant, the Pinagor cafe, the restaurants in the Solo Nord hotel and in the Solovetskaya Sloboda hotel, as well as the Old Karbas cafe. You can have lunch and dinner in any of them, and our attendant will devote guests to the order of prices, as well as the menu in these establishments.

Free time to continue independent acquaintance with Solovki. And our group guides will help you spend it correctly – they will tell you about the main attractions of the island, about possible additional excursions, help you sign up for them, explain where you can eat and where to go on foot or ride a bicycle in your free time. Do not forget about the White Nights – this is an exceptional time for contemplating the White Sea, the fortress walls of the Solovetsky Monastery!

In his spare time, the guide will provide you with additional excursions and walks:

Walk to Cape Labyrinths, which is a 15-minute walk from the monastery. You will come to the picturesque shore of the White Sea, where these calculations are made. According to one version, they were laid out several millennia ago for ritual purposes. According to another, ancient fishermen used them to repair nets, installing long poles in these spirals. The third version says that it is a fish trap. There are other mysterious versions, for example, that these are the remains of the monuments of civilization that lived on the supercontinent of Hyperborea, and even ufological versions. However, it is not known for certain why they were made. And do not look on the banks of a giant maze. The height of the calculation is from 30 to 50 centimeters. The sea landscape and the sun that does not overlook the horizon during white nights will also not leave you indifferent. Sometimes beluga whales and seals also pass by this place. It is on its own and for free.

You can go to the negotiation stone, located 3 kilometers from the village. This plate was carved in the mid-19th century during the Crimean War. Negotiations of the captain of the English squadron and the abbot of the monastery took place here. Negotiations ended unsuccessfully for the British, however, take the monastery with an attack

10:00 – For an additional fee, a comprehensive bus excursion “Sekirnaya Gora – Botanical Garden” (4 hours) is offered. Holy Ascension Skete (Sekirnaya Gora) is located 11 kilometers from the village at one of the highest points of the archipelago – Sekirnaya Mountain. Guests of the island will be told about the monastery and Soviet history of this monastery and an interesting legend of its creation. But here there were tragedies. During the time of the Solovetsky Special Purpose Camp, there was a punishment cell on the Sekirnaya Gora, where many people died. From the observation deck overlooks another monastery located in the north of the Big Solovetsky Island – Savvatievsky. Beautiful landscapes will also not leave you indifferent. On the way back, you will make a stop at the Botanical Garden, founded during the monastery by one of the archimandrites. Once, even grapes and watermelons were grown here. Currently, the Solovetsky Museum supports monastery and camp plantings, and also creates its own. In addition to the diversity of vegetation, you will see monastery buildings – the Dacha of the Archimandrite, the Alexander and Bezymyannaya Chapels, as well as the oldest wooden cross on Solovki. This is one of the most northern botanical gardens in Russia.

13:00 – Lunch at any cafe or restaurant of your choice. Our attendant will be happy to talk about all the places and the kitchen.

14:00 – Free time. Having indicated in advance your wishes to your companion, you can ask him to clarify information about the presence of groups on the Zayatsky Islands, or on the island of Bolshaya Muksalma, where a magnificent boulder dam is located. In good weather, a walk through the northern forest and drive along the White Sea is a pleasure. If you don’t want to go with a group, you can order these excursions individually, or just go for a walk to other places. The central complex of the monastery is also open (for excluding a number of objects). You can go to the temple service. A 4-day tour to Solovki from Moscow implies more free time for exploring the archipelago.

You can have dinner in one of the restaurants or cafes located in the village. The village itself can be walked in 20 minutes. Everything is nearby.

For an additional fee, excursions to Zayatsky Island are offered, according to the exposition of the Solovetsky Special Purpose Camp, excursions to the Isakovo and Savvatevo Monasteries. You can also go to the cape of labyrinths, the negotiation stone, ride a boat with an electric motor through a lake-channel system. You can check the schedule of excursions with your guide on a tour to Solovki from Moscow for 4 days.

Lunch on your own.

The Maritime Museum is an excellent exposition dedicated to navigation on the White Sea. It is located directly in the village, so you can go there on the second day of your stay on the island. The entrance is free. But the tour costs about 150 – 300 rubles, but even without it you can see the most important exhibits.

Anser – a long excursion to the neighboring island, where strict monasteries are located – Golgofo-Raspyatsky and Holy Trinity. The tour starts at 9.00 and ends at 21.00. You need to take food and water with you for the whole day. In total, tourists have to go about 12 kilometers.

Just strolling through the woods, chatting with nature and feeling alone with the Solovki is also a great vacation option. Stunning seascapes begin immediately behind the village. Sea, forest, lakes, untouched nature – what could be better? It is on its own and for free.

Evening service in the Solovetsky monastery. Begins at 18.00. The visit is voluntary, but for some tourists, perhaps, the main thing. It is not necessary to be in the service from its beginning to the end. But it is recommended to go in. It was from the monks that the story on Solovki began. It was they who built this impregnable monastery on a desert island. It is on its own and for free.

8:00 – Good breakfast in the hotel cafe. Picking things up. Baggage to the left-luggage office, check-out until 12.00.

Free time. You can devote this day of the tour to Solovki from Moscow to places where you did not have time to go. Either this is an optional excursion or one of the places of independent visit described above.

Lunch at a cafe in the village. We recommend having lunch and dinner in different cafes, so the cuisine in each of them may differ.

19:00 – Departure of the ship from Solovki. Traveling along the White Sea (2 – 2.5 hours) to Rabocheostrovsk. Transfer to the train station in the city of Kem, where tourists say goodbye. Next, an independent departure by train to Moscow.

*The cost is indicated in rubles per person

Excursion to Vottovaara in Karelia with a shaman

A trip to the shaman in Karelia 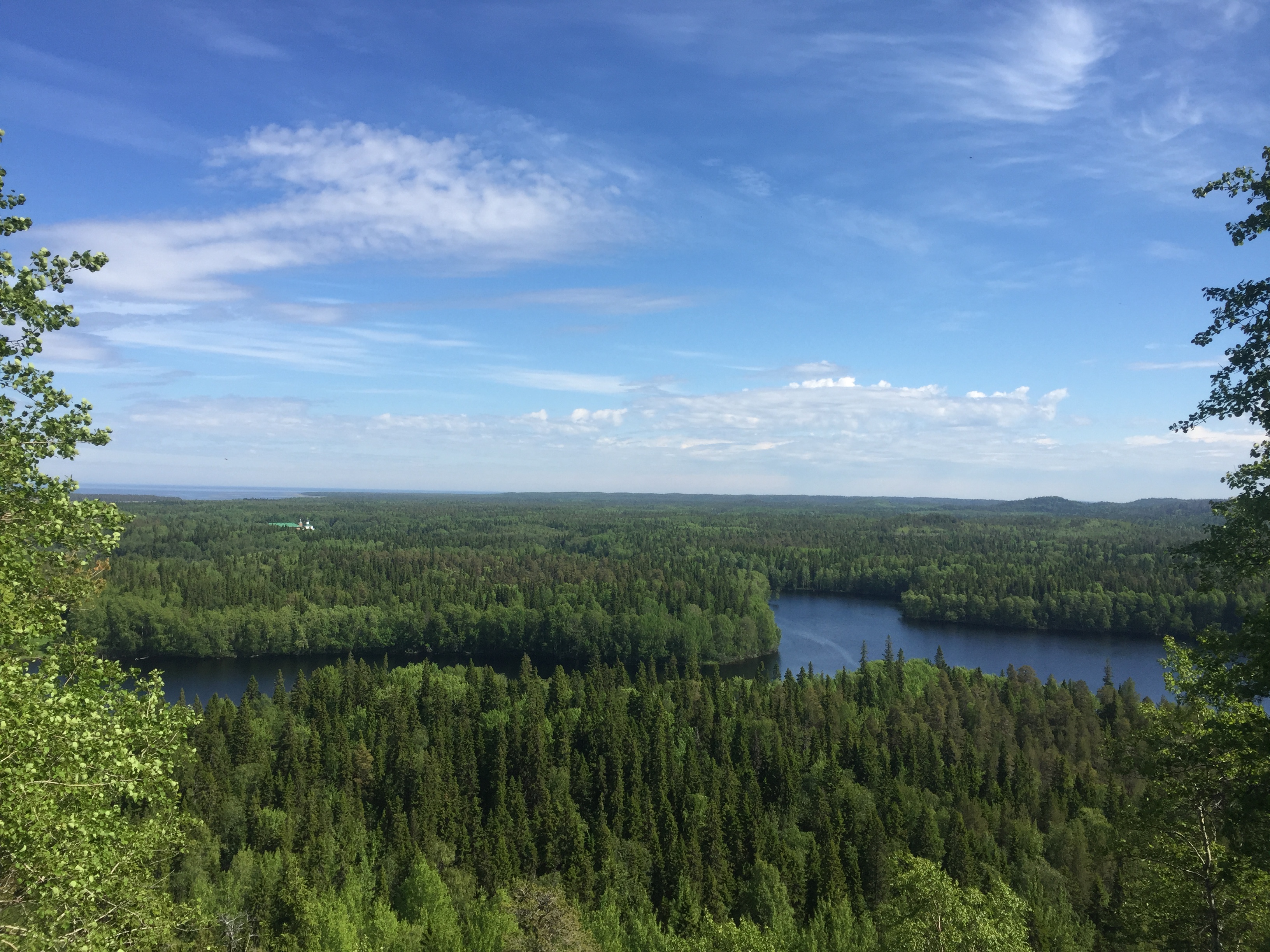 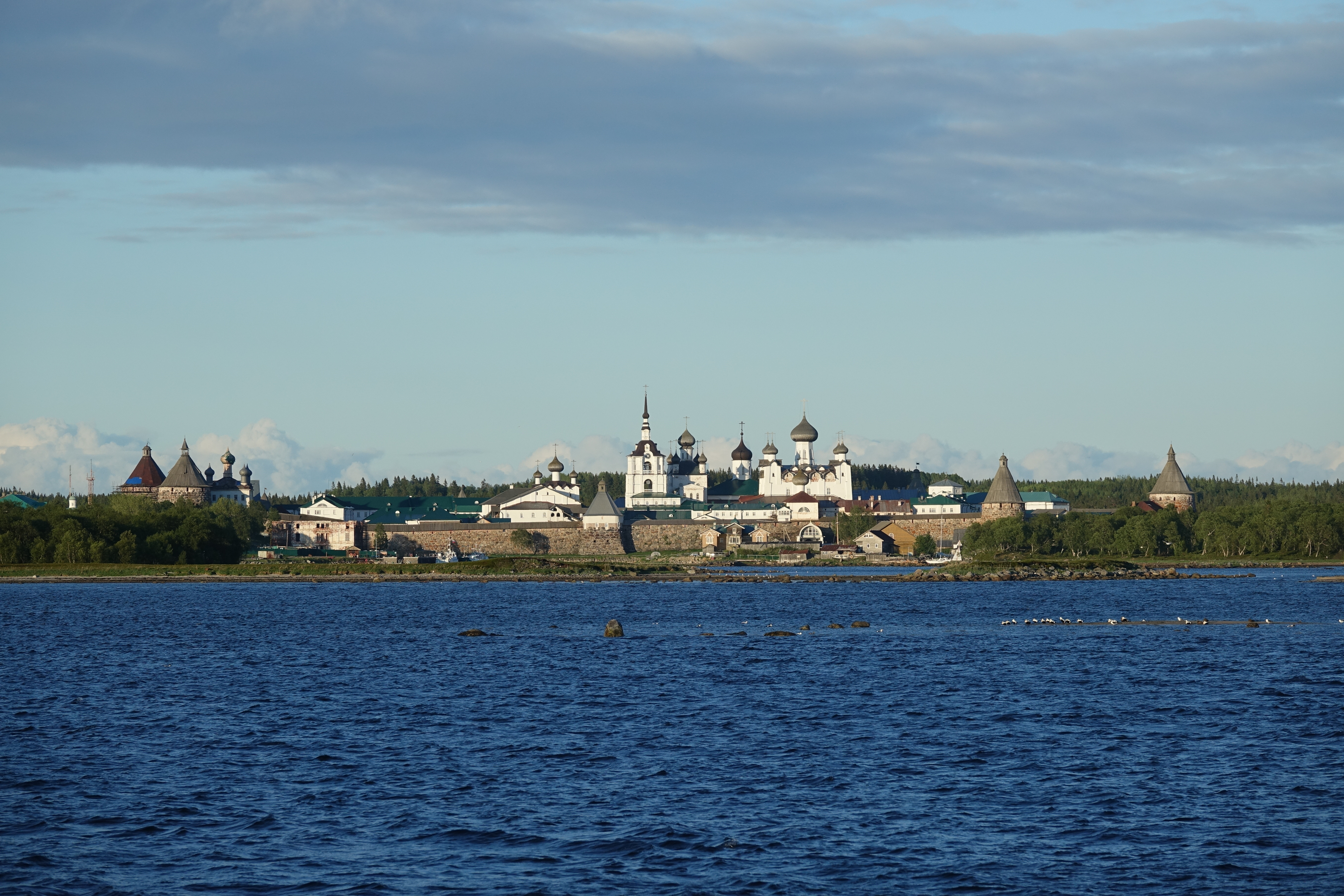 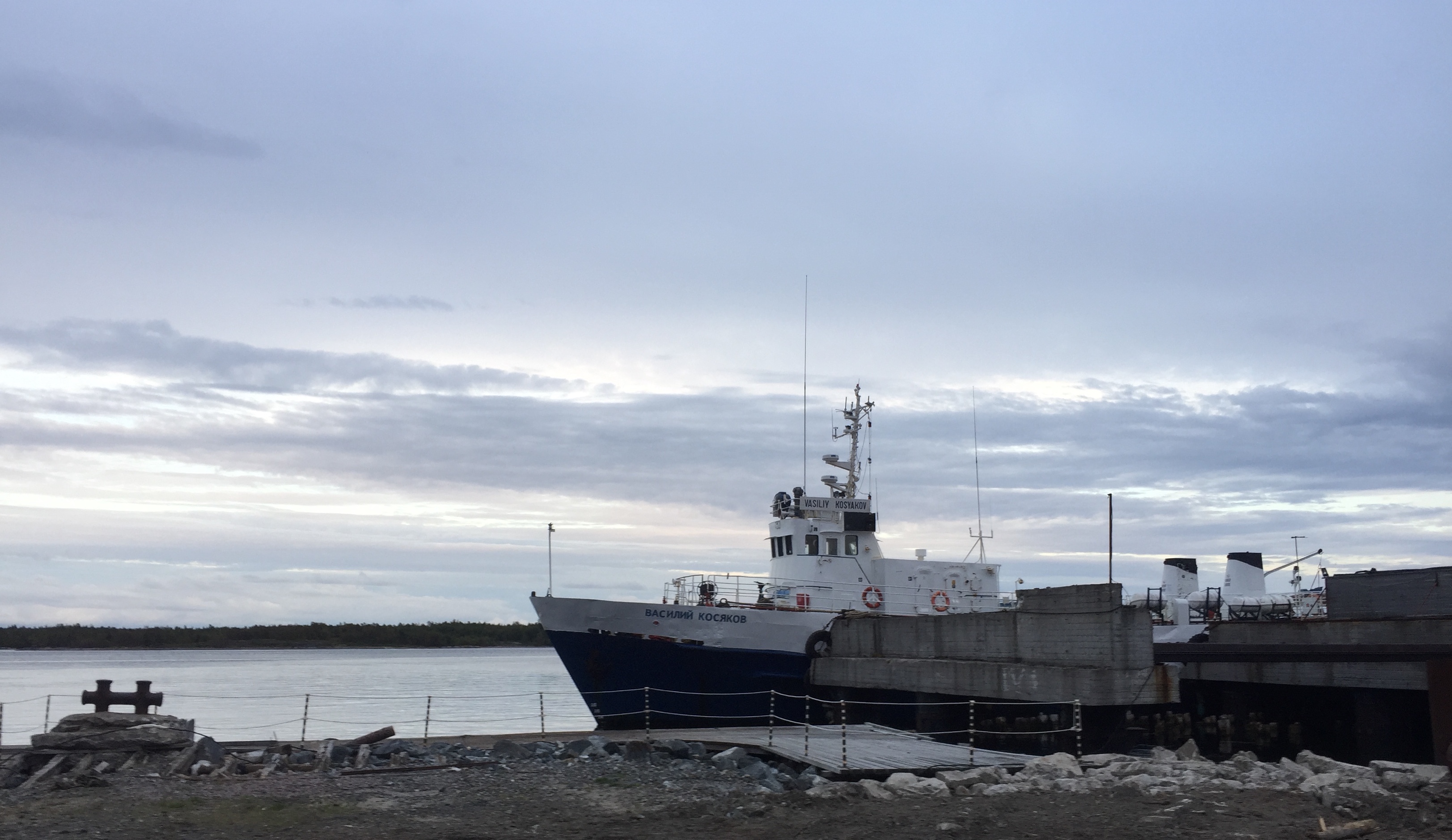 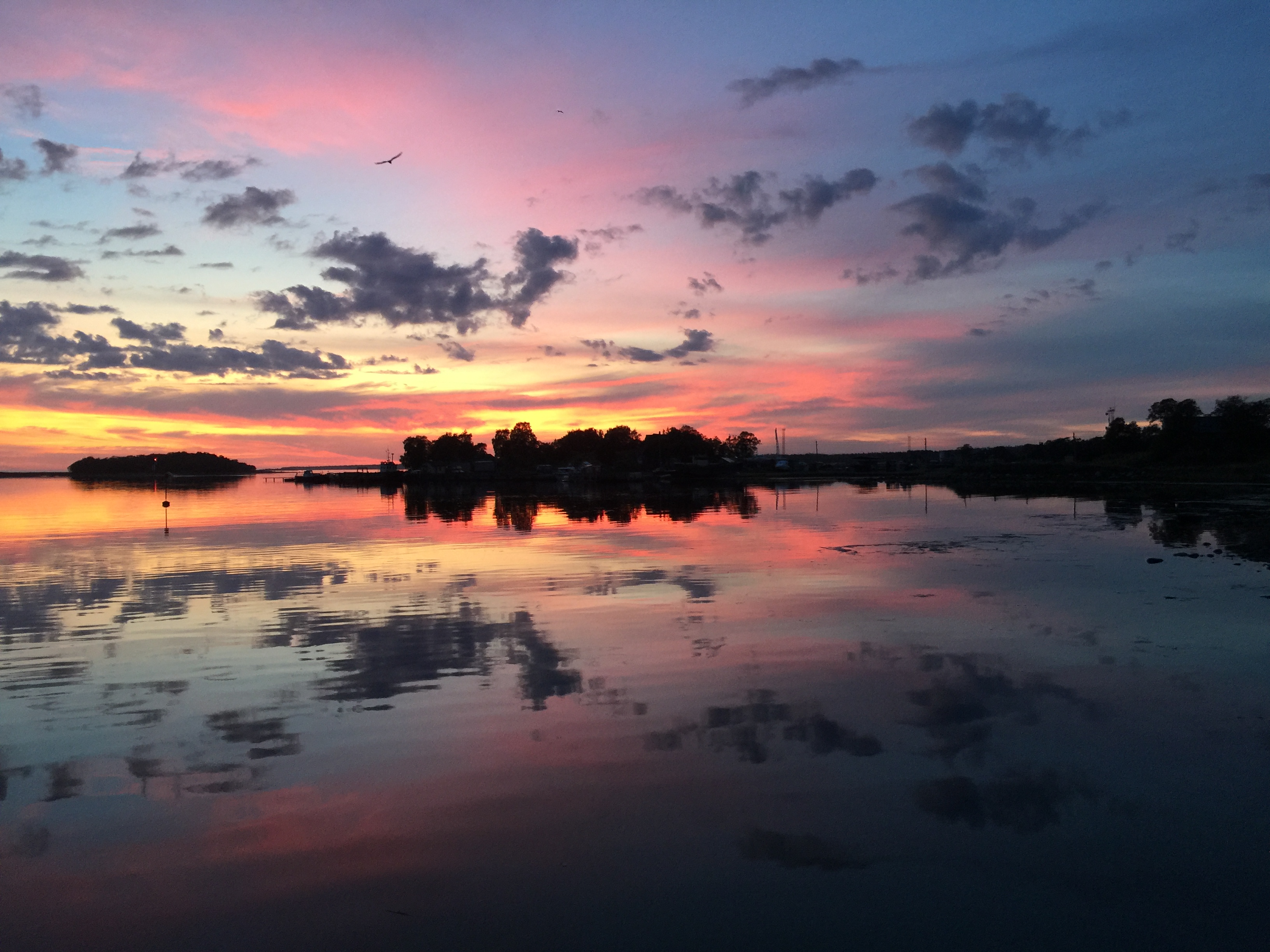 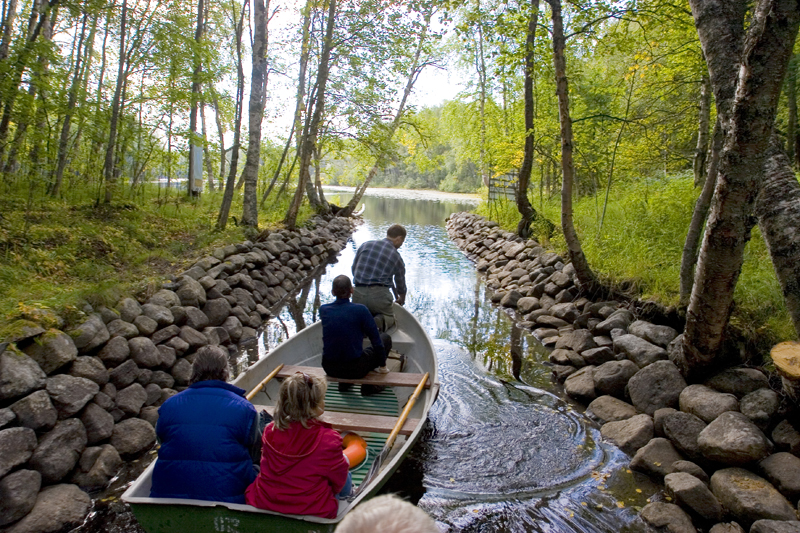 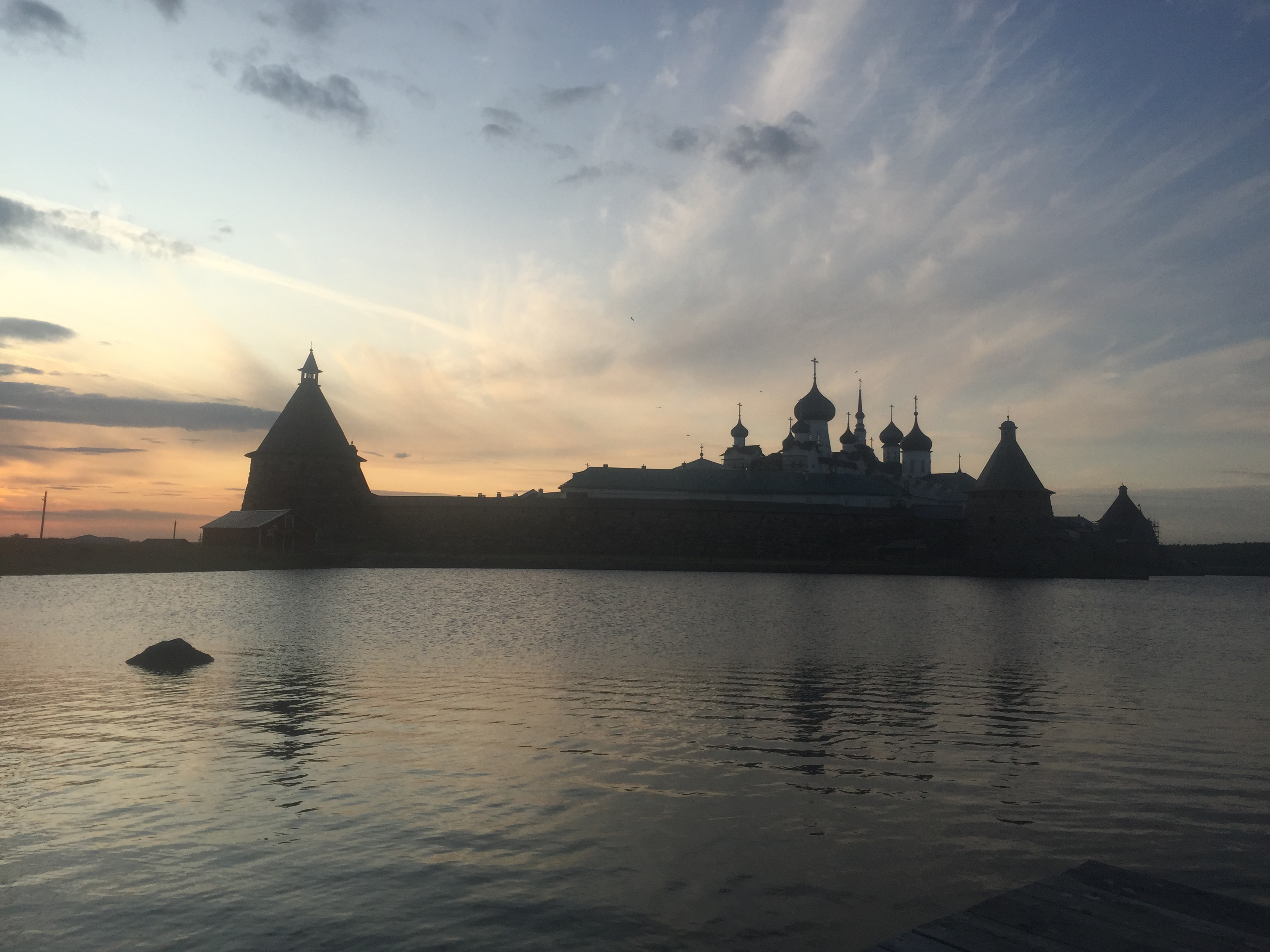