Dates:
Daily all year round upon request
Book

“Mount Owl” is located in southern Karelia in the city of Lahdenpohja and has been receiving visitors since May 2016 as a military-historical and geological miracle museum. The location of the object itself is unique – it is a huge man-made bunker inside a powerful granite rock with two entrances inside. Its real scale and beauty are amazing. Mount Owl is one of the largest underground museums in Northern Europe, covering an area of ​​over 750 sq. m. From 1943 to 1944, the natural grotto was adapted for the command and staff bunker of the Finnish army with all the necessary communications.

15,000 – 35,000 rubles. The cost depends on the options for the services provided, the number of tourists, the duration of the trip.

excursion service
transport service
Entrance fees according to the program

THE PRICE DOES NOT INCLUDE:

– 10:20 Arrival of the Lastochka electric train at the Sortavala station, meeting the guide, boarding a comfortable bus, the beginning of the bus and walking tour “Sortavala – the capital of the Northern Ladoga area”. For those who have already settled in Sortavala and its environs, it is possible to organize a transfer from the hotels Cherny Kamni, Winter’s Dacha, Lamberg, Ladozhskaya Usadba.
Sortavala is a small European town, by the will of fate, found itself in the lands of Russia. This is one of the most ancient cities in Karelia. It has the status of a historical city of all-Russian importance, has a distinctive architectural appearance and has many wonderful architectural objects. The city is often called the open-air museum of Finnish architecture.
The city has a landmark that has already been created today. This is a unique woodcarving museum of the People’s Artist of Russia Kronid Gogolev, attracting the attention of all visitors to the city without exception.
The artist Kronid Gogolev for the city of Sortavala is like the Old Arbat for Moscow. In the exhibition hall K.A. Gogolev presents paintings and samples of woodcarving, oil paintings, watercolors and drawings of the 1960-2000s. Visit to the showroom.

-14: 00 Departure to the city of Lahdenpohja to the military-historical complex of thematic tourism “Mount Owl”
“Mount Owl” is located in southern Karelia in the city of Lahdenpohja and receives visitors as a military history and geological miracle museum. The location of the object itself is unique – it is a huge man-made bunker inside a powerful granite rock with two entrances inside. Its real scale and beauty amaze From 1943 to 1944, the natural grotto was adapted for the command and staff bunker of the Finnish army with all the necessary communications. Traveling through the underground halls of the museum, visitors to the complex can familiarize themselves with:
• with an amazing history of the underground command headquarters-backup of the Finnish Ladoga coastal defense brigade,
• with the military history section “Pulse of History”, reflecting the events of the four wars between Russia and Finland.
• with the history of the Lahdenpohskiy region,
• with the geology of the region and Karelia, as well as the geological collection of rare minerals of Karelia. Some of them are unique in that they are mined only in one place on the globe – in the Republic of Karelia.
The features of the relief and picturesque views have made it possible to create an ecological and, at the same time, educational walking route with observation platforms. On the territory of the complex “Filina Mountain” you can visit:
• gallery of thematic sculptures,
• a platform for extreme entertainment,
• military equipment park,
• military sports camp.
On the territory of the complex there is a cozy stylized art cafe for 100 seats, where you can taste dishes of military and traditional Karelian cuisine.

-15: 00 Excursion around the museum on the territory of the “Owl Mountain” complex. Additionally and upon request, visitors will be offered military-command games and quests, as well as a dynamic shooting range with airsoft and SHP weapons (time must be agreed)

– 18:00 Arrival at the railway station in Sortavala 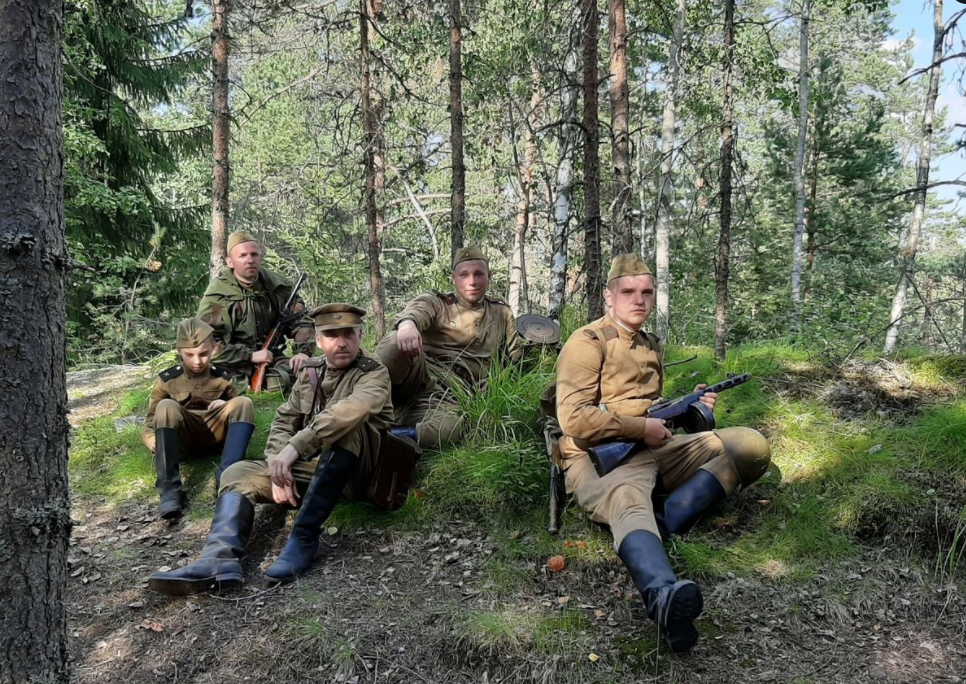 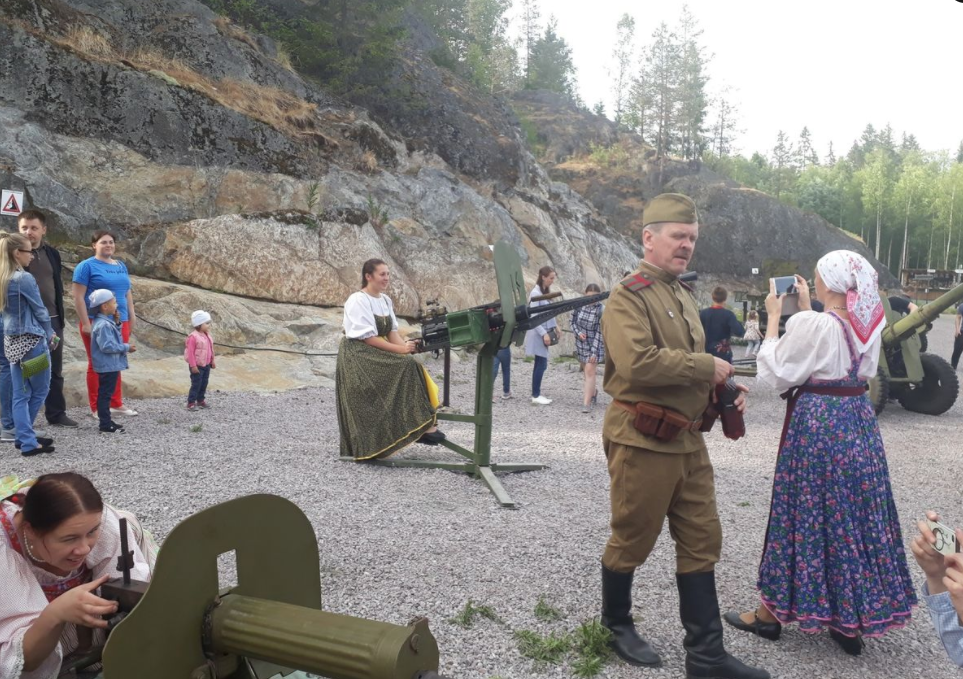 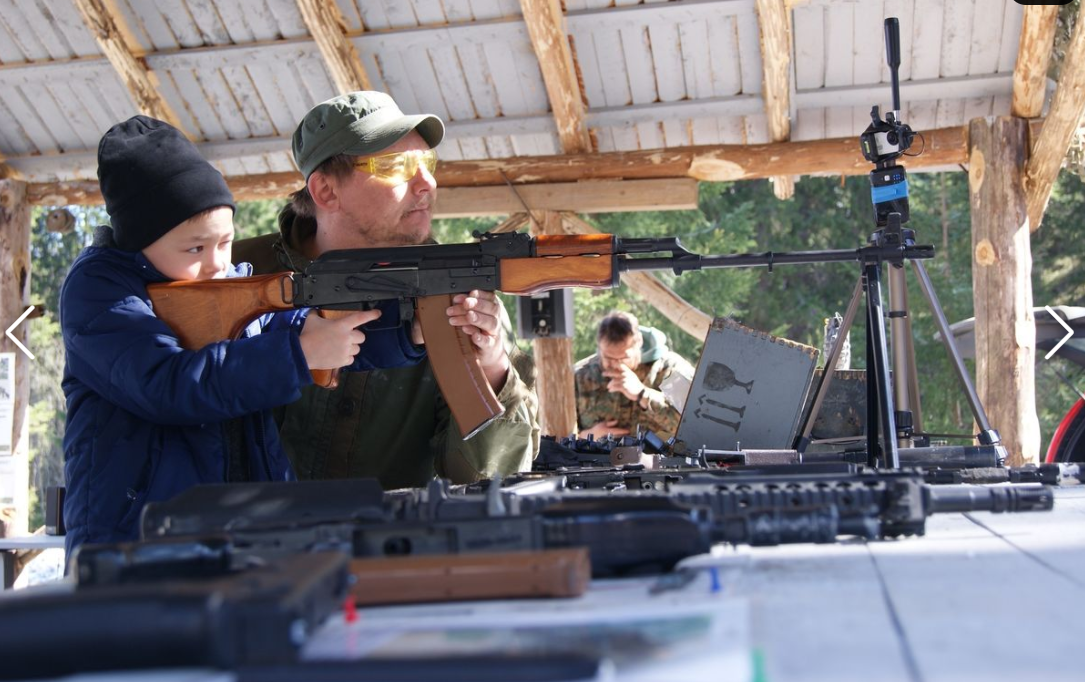